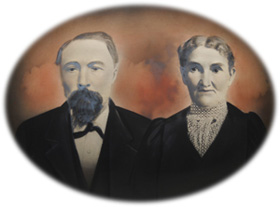 Our beach’s founder, William McClelland, took heroic action in 1866 when he found a woman starving to death, and so weak she could not sit up. Demonstrating the hospitality still present in the community today, William took the woman in, according to an officer quoted in An Illustrated History of Jackson County, Minnesota. Many settlers, especially new, late-season arrivals, struggled to survive in the harsh winter of 1866-67 because they failed to bring or put up enough food.

McClelland’s Beach, Spirit Lake, Iowa, appears in this Minnesota history because by crossing the road on our northern boundary, you cross the state line.

Learn much more about the lake’s history in the book, originally published in 1910.